Philip is a co-founder, partner & creative director of STUDIO AKA, a multi-BAFTA & Emmy winning, and Oscar-nominated independent animation studio based in London.

Philip's own diverse body of directing work spans an eclectic range of animation projects, from award-winning commercials to the multi-award winning experimental short film adaptation of William S. Burroughs Ah Pook is Here to the BAFTA-winning half hour Lost and Found - based on Oliver Jeffers award-winning children's book.

An Alumni of both Central St. Martins & The Royal College of Art, Philip is a member of the NFTS, Escape Studios and FMX Industry advisory boards, and a faculty member of Pictoplasma Academy in Berlin; where he teaches story and idea development. 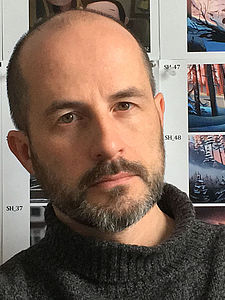