AKIZ, born 1969 in Germany, now lives and works in Berlin. Apart from his film projects, he has been also working as an artist. Two of his student films were nominated for the Academy Awards.

In 1995 Akiz recieved a scholarship to attend graduate film school at the University of Southern California. 1997 he directed his highly acclaimed debut "Schools Out".

In1999, AKIZ moved to Los Angeles where he worked on art-pieces and screenplays and created the first prototype of the "Nachtmahr", the creature for his feature-length film "Der Nachtmahr". Four Years later, he returned to Germany and directed for Warner Brothers "Eight Miles High", a feature film about the true story of Germany's first pop star icon of the sexual revolution in the 1960s, Uschi Obermaier. The film was nominated in two categories for the German Film Awards and was screened at the Museum of Modern Art in New York in the "PopRally" by Kim Gordon (Sonic Youth) and Ad-Rock (Beasty Boys).
David Lynch and the Bizzurkearmy exposed AKIZ artwork '08 at the Engine Collision Fest in Los Angeles.

In 2010 AKIZ shot his art piece "Painting Reality". The film was featured in BANKSY'S film about international street artists "The Antics Roadshow" and was screened at the Saatchi Gallery London.

The film "Der Nachtmahr" had its international premiere at the Locarno Film Festival 2015 and went on to screen on another 50 festivals across the globe, including Toronto, London, Rio de Janeiro and Los Angeles (AFI Fest).

In 2018 Akiz just finished writing his first novel which will be published by Hanser Verlag in 2019. Together with VICE Media he is developing his next feature film "The queen of frogs". AKIZ is also writing and creating a TV Series "Sisters of Lucia". 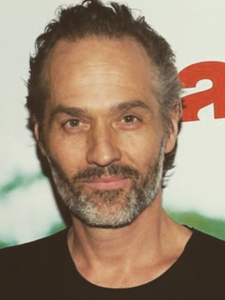