Zoran Bihac was born in December 1965 in Ludwigsburg, Germany and finished his studies as Art director (scenery) at the Academy of Arts in Stuttgart. Parallel to this studies and in the following years he worked as an illustrator and art director and also had diverse exhibitions. During the time from 1996 / 1997 he studied at the Filmakademie Baden-Württemberg.

From 1998 until 2006 he lived in Barcelona, starting to work for the spanish commercial market. Since 1996 he is directing musicvideos and commercials.

Since 2008 he is teaching at the Filmakademie Baden-Württemberg commercial film and in the UDK Berlin communication arts. 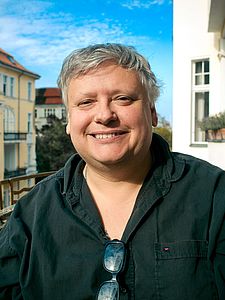