Regina Pessoa was born in Coimbra, Portugal, 1969. She studied Painting and graduated from Oporto's Fine Art's School. In 1992 she started working as an animator at the studio Filmografo in Porto-Portugal.

In 1999, she directed and animated her first independent film "The Night". From there she continued to directing her films such as Tragic Story with Happy Ending in 2005 and Kali the little Vampire in 2012 using different kinds of animated engraving techniques.

In 2016 she became Senior Lecturer at Animationsinstitut, Germany. In 2018 she became a Member of the Academy of Motion Picture Arts and Sciences. Presently she is directing Uncle Thomas - Accounting for the days, a co-production Portugal-France-Canada. 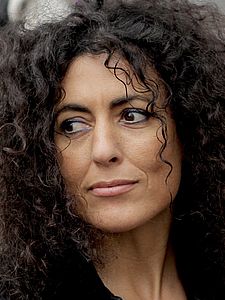