CEO & Executive Producer of the Danish based company Parka Pictures Aps and the German based company Dreamin' Dolphin Film GmbH. In 2015 Parka Pictures joint forces with the Belgium company Grid VfX and set up a company close to Stuttgart, Germany: Zooper Film GmbH, with Lilian Klages as a spearhead and CEO.

Originally trained as a city planner/sociologist, Lilian began her career in animation in 1995 as a producer during the animated feature film productions The Fearless Four, Help I am a Fish and Tobias Totz in the studio of Munich Animation. Since then she has focused on international animated feature films, both 2d and CGI and animated tv series, overseeing the development and financing during various productions worldwide.

Her credits over the years include a variety of animated feature films as Asterix and The Vikings, The Dolphin: Story of a Dreamer, Help I'm a Fish and The Fearless Four and also highly acclaimed tv series such as LEGO Chima.

Lilian Klages is a professor at Animationsinstitut in Ludwigsburg where she serves as a head of the study course Animation Producing and a censor for the Animation Workshop in Viborg/Denmark. 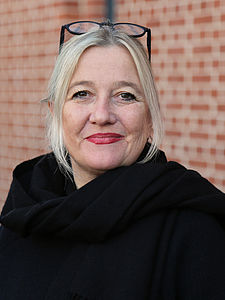