Carsten Goertz works as communication strategist, founding member of Neo-Metabolism, lecturer in Visual Methods at the Institute for Music and Media at Dusseldorf’s Robert Schumann music university, and mentor in self-profiling at Filmakademie Ludwigsburg’s post graduate program in Motion Design.

He graduated with distinction from the Academy of Media Arts Cologne, with a thesis about the algorithmic visualisation of the universe, as it was 10 billion years ago. 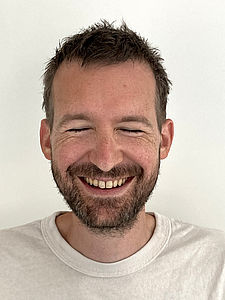