I am the co-founder and creative director of the motiondesign studio UNFOLD in Hamburg. I work at the intersection of live-action, animation, design, vfx and spatial experiences for clients mainly from the automotive, sport, technology, lifestyle and entertainment industries.

After working at some of the industries leading designstudios such as Imaginary Forces, Sehsucht, Prologue and Mutabor I have been working as an independent director & designer since January 2013. I have completed projects for Volkswagen, Epson, Swiss RE, Opel, Manchester United, Audi AG, Deutsche Bundesliga, the Academy Awards, ESPN, the Mercedes-Benz Museum, Samsung and the Museum of Modern Art in New York.

My work has been awarded with numerous design & creative awards, such as the Cannes Design Lion, Art Directors Club, Design Award of the Federal Republic of Germany, Best of ADC Europe, IF Design Gold Award, The One Show, Red Dot Award or the DDC Grand Prix. 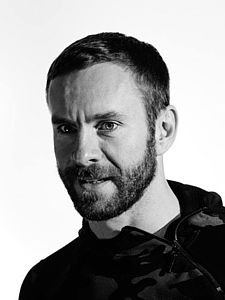