Krzysztof Rost grew up in Opole, Poland. He immigrated to USA in 1986 where he continued his studies. He graduated from the School of Visual Arts New York in 1994 with an MFA in Computer Art. Prior to his graduate studies he attended the State University of Purchase in New York where he graduated in 1992 with BFA in Fine Art. Since 2012 Krzysztof has been mentoring students at Filmakademie in Ludwigsburg, Germany as Senior Lecturer.

Krzysztof Rost started his career as an effects artist at Xaos Inc, a CG company in San Francisco in 1994. He joined PDI/DreamWorks Animation in 1997 and continued expanding his professional experience in CG effects for live-action films as well as computer animated feature films. He joined PIXAR Animation Studios in 2015, in the effects department. 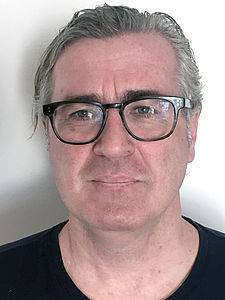