Volker Helzle is in charge of Research and Development at Animationsinstitut of Filmakademie Baden-Württemberg. After graduating from HDM Stuttgart Media University (Dipl. Ing. AV-Medien) in 2000 he moved to California and worked for three years at Eyematic Interfaces (later acquired by Google) substantially contributing to the engineering and development of the Eyematic Facestation.

In 2003 he joined Filmakademie. The primary focus of his first few years has been the development of facial animation tools. During the past 15 years he raised funding for a substantial amount of regional and European Union funded projects in the scope of Animation, VFX, Virtual Production and Immersive Media.

In 2013 Volker Helzle received the honorary professorship of Filmakademie Baden-Württemberg. In addition to the technical research Volker is the designated senior lecturer for the postgraduate Technical Directing (TD) course at Filmakademie.

As a program consultant he contributes to the organization of the annual FMX conference.

Being a C-64 kid of the 80ties, Volker's life was strongly influenced by video games and early computer animation and graphics. To this day he is a passionate gamer but also finds interest in completely analogical activities like mountain hiking, gardening or yoga. 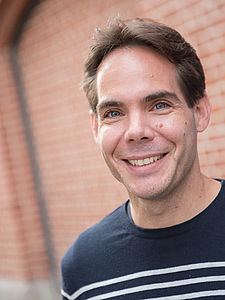